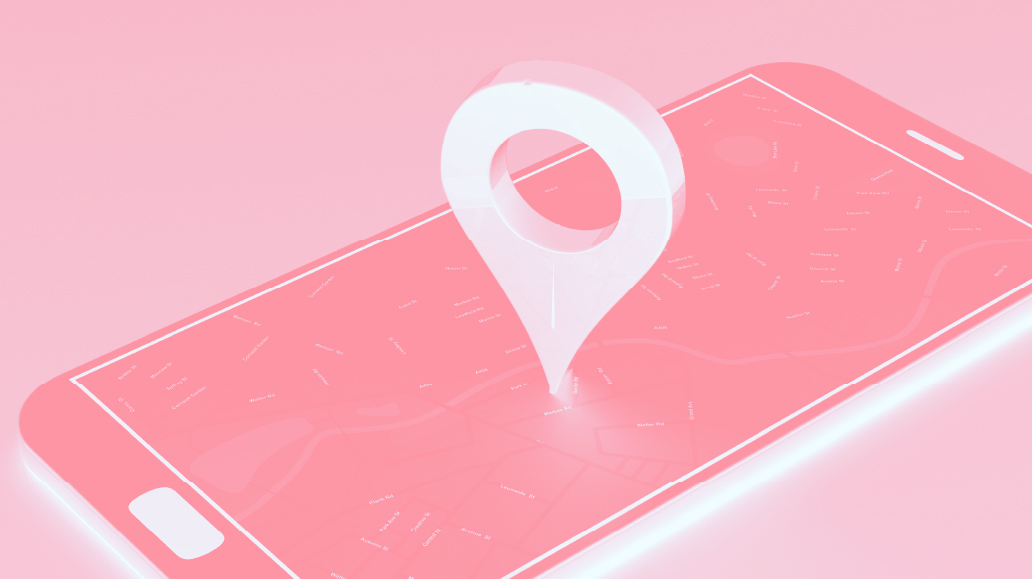 Google Maps has certainly enjoyed enormous uptake among consumers and auto dealers alike and for good reason. Google has successfully integrated its map app into the all-powerful Google knowledge panel that makes a business more visible when millions of people search for places to shop for cars, get services, or buy parts. But Apple Maps is no slouch. True, Apple Maps got off to a rough start in 2012, with widely reported instances of embarrassing inaccuracies surfacing on the app. But to its credit, Apple has improved its app and has earned respect for its user interface, graphics, and privacy-first emphasis. In addition, Apple Maps integrates effectively with Apple’s own CarPlay in-auto operating system, which is vital for people navigating and searching in their cars.

There remains one big difference between Apple Maps and Google Maps — how the two apps source their data. Google Maps pulls data about a dealership from the Google knowledge panel, which includes a business’s Google My Business listing. Users can add information of their own, most importantly reviews of a dealership and content such as photos of a location. By contrast, Apple pulls all its location and customer-sourced data from business partners such as Foursquare, TripAdvisor, and Yelp. If a user taps on the reviews to read more, Apple Maps will direct the user to the App Store to download the partner’s app. If the user wants to submit their own photos or reviews, they also have to do that through the third-party app. This is a suboptimal experience.

Apple appears to be taking steps to take ownership of its data. Apple is reportedly making it possible for users to provide “thumbs-up” or “thumbs-down” ratings in its iOS 15 operating system, giving Apple Maps the equivalent of its own first-party star rating system. But it should be noted that this capability has been rumored for quite some time for previous operating systems without actually happening. Meanwhile, Yelp continues to provide Apple user ratings/reviews, including those for automotive dealerships.

It’s important to consider both Apple and Google to be the digital front door to your car dealership along with your website. That’s because Apple and Google are working hard to own as much of the entire search and purchase journey as they can – all through the power of Android and iPhone mobile devices. In the United States, there are more than 113 million iPhone users and 129 million Android users. Both devices control the “auto dealership near me” search journey by providing one-stop solutions for people to find everything they need to know about an automotive dealer, ranging from directions to customer reviews. In fact, Google’s knowledge panel gets as much as 10 times more traffic than your website, and more than half of Google searches do not even result in a click-through to a website.

Related: When ‘Sludge’ Could Be Helpful For Auto Dealerships

As noted, the Google knowledge panel is more seamless because Google has built a more self-contained ecosystem. But people find ratings and reviews as well as location information about automotive dealers through Apple, too – via voice search on Siri, the Apple Search bar, and Apple Maps. We have blogged often about the need for dealerships to have a robust presence on Google Maps via their Google My Business listings. The same tips we’ve shared with dealerships for their Google presence hold for Apple. A presence on Apple Maps provides: 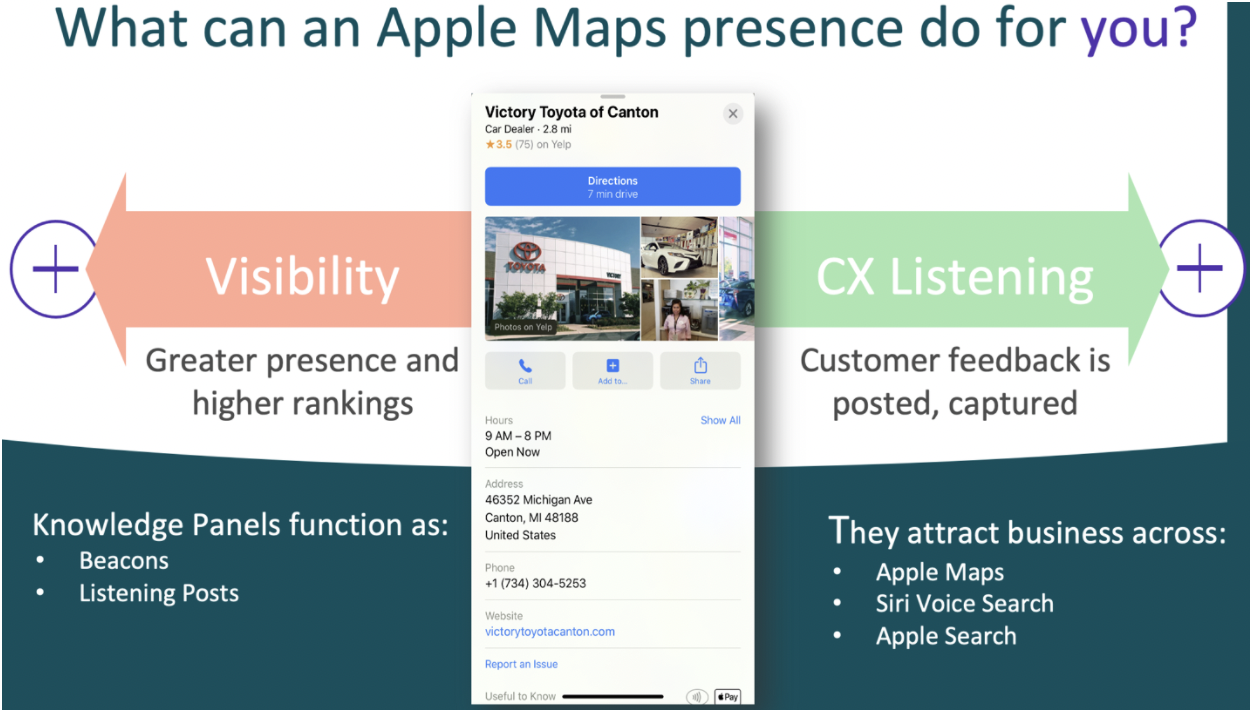 As Apple builds up its own knowledge panel, its customer journey will change, resulting in shoppers and businesses alike having an experience that is truer than what they get on Google.

The key will be for Apple to get more control of its customer data as Google has rather than relying on third parties to source information. But even with the way Apple Maps functions now, dealers need to build their presence on the app so that they’re ready to claim even more traffic as Apple Maps evolves.

How Should Dealers Respond to the Rise of Apple Maps?

Use Reputation to Improve Your Auto Dealership

Ultimately, your goal is to drive traffic to your dealership, increase sales, and gain long-term loyalty by improving your dealership. This entire process is happening now on Apple and Google. To learn more about how to do so with an easy-to-use single platform, contact Reputation. Our automotive practice helps dealerships improve their financial performance through a stronger online reputation.

Contact Reputation today to get a deep-dive diagnostics review of your brand’s online reputation.