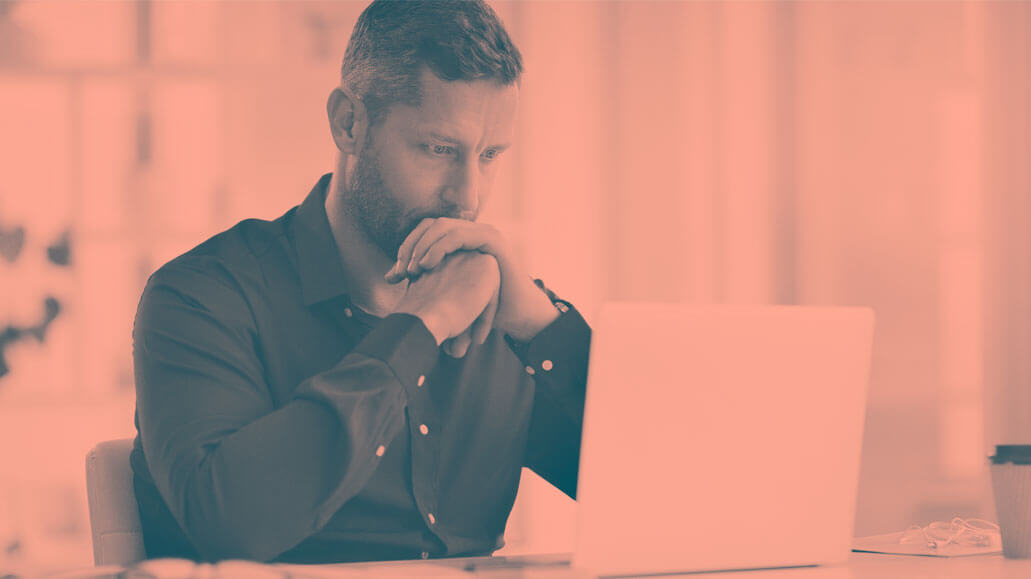 Fake reviews are a blight upon the online community because not only are they misleading, they’re also everywhere. Approximately eight in ten consumers believe that they may have read a fake review in the past year, with the same number saying they’re not sure they know how to spot a fake review.

Knowing how to tell if online reviews are fake is important because both positive and negative reviews have a huge influence on customers purchasing decisions for large enterprises to small businesses and every brand in between. Have you ever been considering a product and wondered if the reviews were legitimate? If so, you were probably less likely to buy that item thanks to the complex and confusing world of fake reviews.

The Effects of Fake Reviews on Businesses

Knowing how to tell if reviews are fake is essential because they can also be used to destroy the competition. Online reputation building works both ways.

Businesses may falsely bolster their reputations while slaying legitimate businesses in the online reviews arena. It’s one of the most sinister sides of business, and there are countless tales of honest business owners losing everything due to fake reviews.

Although fake testimonials are illegal, according to the Federal Trade Commission (FTC), prosecutions are extremely rare. Plus, most of these fake review mills are based in other countries, where they are essentially untouchable. Once consumers become more aware of what makes a review false, their negative influence will lessen.

How to Detect Fake Reviews 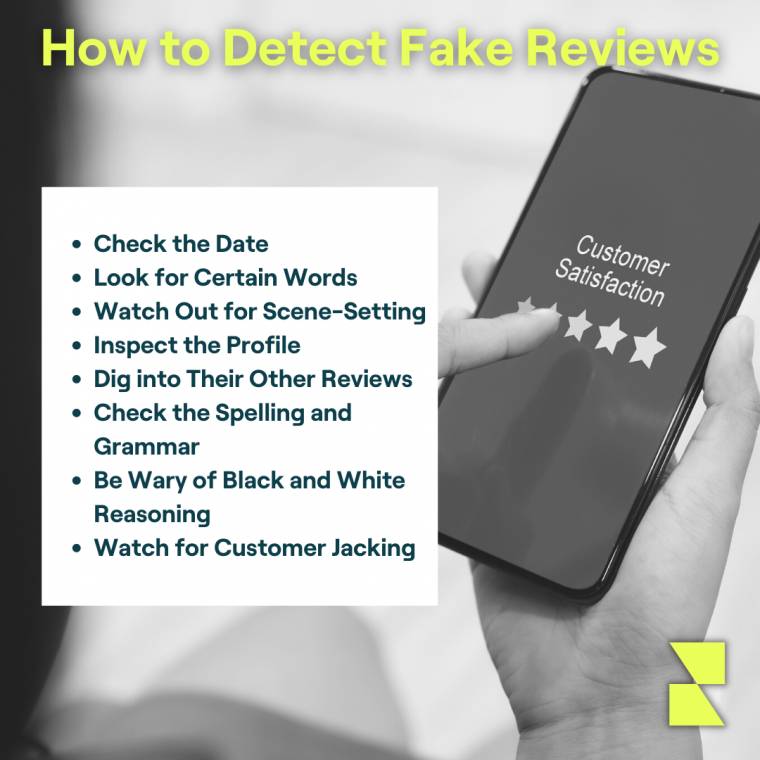 Figuring out how to spot fake Google reviews, reviews for products on Amazon, or any other review site largely follow the same process. With some due diligence, you can learn how to spot the tell-tale signs of a fake review versus one of a verified purchase with a legitimate star rating.

The entire model is based on the perceived credibility of the fake reviewer. Spotting a false review and being able to call it out publicly is key to crushing this nefarious trade. Let’s explore how to tell if negative or positive reviews are fake and become an informed consumer and business owner through the following sections:

Related: How to Ask Customers for Reviews

The date of the review can be a dead giveaway. Businesses that invest in fake reviews tend to stack them to hit a product release. A deluge of reviews in the days after a product has been released helps elevate that business in terms of SEO.

While there are plenty of customers that do use and review products for free immediately after their release dates, this is far from the norm. In some extreme cases, you can check if reviews are fake by noticing whether the date of the review came before the date of release.

Cornell University researched the issue of fake product reviews and discovered that fake reviews often overuse “Me,” “I,” and tend to use a lot of verbs. False reviewers use this to try to build credibility and to get people to trust them, but they often overuse them in the process. Genuine customers often favor nouns because they’re being truthful.

Watch Out for Scene-Setting

The same Cornell study also found that scene-setting is another way to check if reviews are real. When checking fake reviews, they discovered that fake reviewers will typically describe a person, a place, or an event. For example, a fake hotel review may talk about a special vacation for their anniversary. Genuine reviewers may mention these things, but they also tend to focus more on specific issues, such as check-in processes, the price, and the breakfast.

The majority of bulk fake review companies use thousands of accounts from nameless offshore firms. While it’s impossible to tell which company is responsible for a review, you can find clues in the style of the reviewer’s profile. Generic names like “John Smith” are often used because they are mass-generated.

In some cases, the display name may be nothing more than a random string of letters and numbers. Finally, they’ll rarely have a profile picture because it would expose the writer’s identity, and the same picture can only be used once.

Dig into Their Other Reviews

These reviewers usually repeat the same phrases over and over again. It’s not because they are copy-pasting their reviews but because their handlers will ask them to incorporate certain phrases into a number of reviews. If you notice any similarities in phrasing, the chances are that the review is fake.

Another way to detect non-legitimate reviews is to check whether they’re a “professional reviewer.” To cover themselves, they’ll often claim that they received a free product in exchange for a review. If practically every review they’ve ever written is a five-star review, it’s almost certain that it’s a fake review account.

Related: Why Every Review Matters

Check the Spelling and Grammar

Due to the business model of fake review companies, the writers of these reviews will nearly always come from low-income countries where English is not the first language. Content farms are the most common avenue for these companies that need hundreds of false reviews in a few hours.

Search for misspellings and common grammar mistakes within those customer reviews. It’s vital to make sure the review sounds like it came from an actual person. While not necessarily a giveaway on its own, the penmanship of nearly all low-quality false reviews will be poor.

Be Wary of Black and White Reasoning

People typically do not 100% love or hate a product or service. Fake reviewers, on the other hand, always present black and white reasoning in their reviews. If you look at a reviewer’s previous reviews and everything is either love or hate, it may be worth taking a closer look.

Customer jacking is less common but still happens. A business will pay to have its name spread around on the pages of its competitor’s products. Rather than promoting the positives of a product, the fake reviewer will write a negative review and then say how much they loved another business’s product instead.

They may even be bold enough to add in a special promo offer. Since it’s such an easy strategy to spot, customer jacking has largely become a thing of the past, but it’s still wise to watch out for it.